In November 2018 I finished and self-published my first book. I also made a commitment to continue to write; to externalise and connect something within outwards, beyond the realms of my mind. In some ways a process of birthing – extrapolating, giving life and immortalising in words that which dwells and gestates within. Each word written a mini-birth of sorts.

As I lie here on my bed, whilst I type away, I am intermittently gazing across at my daughter Luna – sleeping next to me. In the room next to us, 3 and a half months ago, she was born.

Birth is seemingly all around me at the moment. The Buddha said that: “Every morning we are born again. What we do today is what matters most”. So today, for this first writing endeavour since my book, I’m writing about birth – an actual birth, in the truest sense of the word: Luna’s birth.

We were following the advice of one of our midwives and watching a romantic comedy. This would apparently help to stimulate labour. We’d been watching them almost every night for the previous 2 weeks. We’d watched most of Meg Ryan’s best work and had opted for a quirkier recommendation from me for that night – Greta Gerwig’s debut “Ladybird”.

The film finished around 12:30am. I was somehow able to get some sleep during the next hour after we turned the light off (normally Roberta falls asleep instantly and I struggle with sleep throughout the night). On this particular night, Roberta did not fall asleep and at around 1:30am she felt a big kick and had some discharge. She got up and went to the bathroom. Her contractions had started and they were coming on strong and frequent.

She called me through and told me to call our doula: Marie. I’d expected that labour would start and it would take a while, with plenty of time for us to prepare ourselves as the contractions increased in frequency in intensity. We’d imagined us passing through the initial stages of excitement: preparing the birthing room, going for a walk and preparing food. The first time I called Marie, she had a similar mindset and suggested that we should just relax and go back to sleep. But then we timed the contractions – they were already one and a half to two minutes apart and lasted for thirty seconds to a minute. It was quite clear for both of us that the baby was on its way and there was no way that anyone was going back to sleep anytime soon.

We’d planned a home birth from the beginning. We had the second bedroom in our rented flat set up as the birthing room. So, Roberta needed only to crawl across the hallway from the bathroom into our birthing room.

Rather than excitedly prepping the room together, as we’d imagined, it was surreal and frantic as I dashed about the flat fetching speakers, putting on music, blowing up the pool, answering the door to let Marie in, answering the phone to direct the midwife Sine [She-na] to the entrance to our flat, all whilst running to and helping Roberta with counterpressure on her lower back every time she had a contraction.

We’d had a few test runs inflating the pool and filling it. Inflating it was easy. Putting the liner over it before filling it was another matter. I tried by myself, then Marie joined in – using the length of her body to hold down as much of one side as possible whilst I used my long reach to try and pull it over the other side. When this didn’t work Roberta popped up from her position on all fours next to us inbetween a contraction to help us. It was all a bit surreal and comedic, giving rise to a few exasperated chuckles between the three of us. For a solution to the problem I ended up cutting some holes in the liner and lashing it round the handles of the pool with some string.

Once the pool was filled Sine arrived and Roberta and I got in the pool. I felt much better having the help of Marie and Sine so that I could focus entirely on Roberta. Now my job was all about providing counterpressure on her lower back. Roberta was leaning on the edge of the pool with me behind her and Marie was in front of Roberta providing some support for her. For around an hour the contractions continued until Roberta’s cervix had fully dilated and Sine could feel the top of the baby’s head. It felt great to be involved and to be providing Roberta with some relief from the intensity. From my perspective I could see she was experiencing something incredibly intense. I was full of awe and admiration for her as she rode through the waves with such grit and determination. This dilation phase was be the most intense part of the labour for her.

Once she was fully dilated Roberta asked everyone to leave and the two of us had some time cuddling – taking a bit of a break before the ‘bearing down’/pushing phase. Sine checked in on us a couple of times to suggest that we try some different positions. She could hear that the contractions had slowed down in frequency.

We tried a different position and then Roberta voiced her needs in that moment. She realised that she needed to be alone to really get into her zone. We’d talked about this beforehand – that this might be the case – so I was fine to give her that privacy.

So, I departed the birthing room, grabbed a towel and found a chair to sit down on in the lounge. At the table sat Sine, Marie and another midwife Rachel. I sat in my underwear, drying myself off with 3 ladies (two of whom I’d never met till then) sat chatting in whispers around our dining table. It was around 6am.

Through the walls in the next room I could hear Roberta working through each contraction. Sine was popping in and out on Roberta’s request. I’d accepted that there was nothing I could do to help her but give her that space. As the sun started to rise, I began to have some concept of time. It felt like it could have been only an hour or two since the first contraction. In reality it had been almost 6 hours when Sine came through to tell me that the baby was coming and that there would only be a few more pushes. This gave me a huge feeling of relief. Then just around 20 minutes later I heard Roberta’s voice shouting my name over and over. I ran through to the room to see our baby’s head had birthed.

This was the most unforgettable moment. I knew that the hardest part was over. I was filled to the brim with complete awe and love for Roberta for what she’d endured and overcome. From outside the pool I hugged her from behind and tried to contain my emotions and be supportive for her. There was one more contraction and out popped our baby into the water. Sine told Roberta: “your baby is here, you can pick them up”. Roberta reached down and pulled her up onto her chest. Luna was born at 8:08am, arriving along with the sunrise.

It is quite true what they say – a mother becomes a mother when the baby is conceived and a father becomes a father when the baby is born. Whilst she had been with us for nine months, and I’d felt her kicking and heard her heartbeat, when she arrived – the reality of her existence as a person and my new existence as a father really hit home. Seeing the hair on her head, her arms and legs squirming, her intermittent yelps and her eyes taking in the world for the first time was such a new and captivating experience. We were both looking in the same way – enraptured in the moment of pure experience and presence – experiencing something new for the first time. 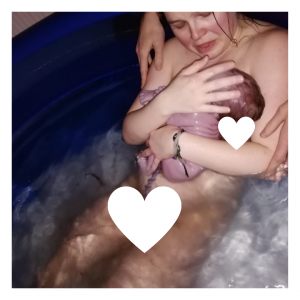 From the birthing room, with Luna still attached to Roberta, we carefully made our way to our bedroom. The placenta was birthed shortly thereafter followed by some checks from the midwives. The three of us were then able to just rest and enjoy our first moments together as a family. Meanwhile Marie prepared some food for us and tidied up everything before leaving the three of us on our own. 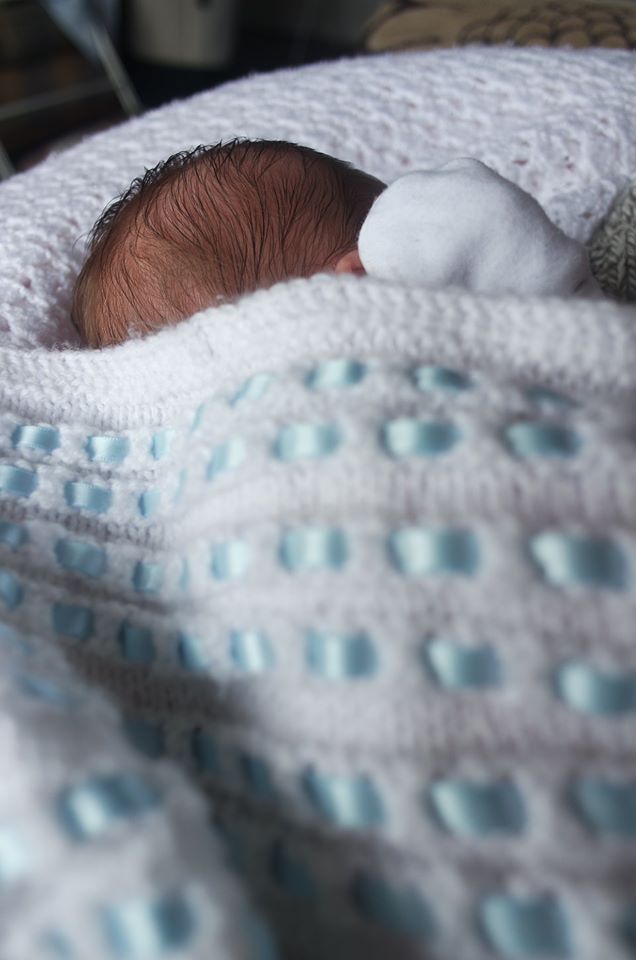 I couldn’t have asked for a better birth. It was a wondrous and magical experience. I’m so grateful for the support of the homebirth team here in Fife, who give women the choice to birth at home free of charge, and for Marie, Sine and Rachel, who were all woken up around 1-2am that morning, got out of bed and came to support us during Luna’s birth.

Finally, I have to pay a huge tribute to Roberta. If it wasn’t for her wisdom in suggesting having a homebirth and opening my eyes beyond convention, along with her incredible perseverance in carrying, growing and birthing Luna, then we would never have had such a magical and memorable experience.

To hear about Roberta’s perspective, check out her video here.